An Asheville-Based Company Working to Ignite the Green Roof Revolution

View looking south from the Garage Apartments in downtown Asheville

What do you think of when you hear the term ‘green roof’? If you’re like me, the first words that come to mind are idealistic or expensive. Green roofs may be idealistic but they are also cost-effective–providing a quick return on investment (ROI) and a lifetime three to four times longer than traditional roofs.

Asheville is lucky to be home to Living Roofs, Inc. a design-and-build team with 60 projects across the southeast. In the last few weeks, I’ve been lucky to learn about their work from co-founder, Kate Blatt Ancaya. Kate envisions green roofs speckling the Southeast and reducing the urban heat island effect, mitigating storm water run-off, saving electricity, increasing biodiversity and pollinator communities, and improving water quality.

In order for this dream to become a reality, Kate explained that the green roof movement must follow the example of solar energy in North Carolina. Affirmative policy from the state legislature led to industry growth and now, North Carolina is ranked second in the nation for installed solar.

The benefits of a green roof revolution would be particularly useful for the City of Asheville. We care about our pollinators and are proud to be a Bee City. Additionally, we are grappling with runoff and flooding issues because of impermeable surfaces and humid subtropical climate. Finally, the City of Asheville has an ambitious goal of powering all municipal operations with renewable energy by 2030. Every watt of energy that green roofs save helps us get closer to reaching that goal. 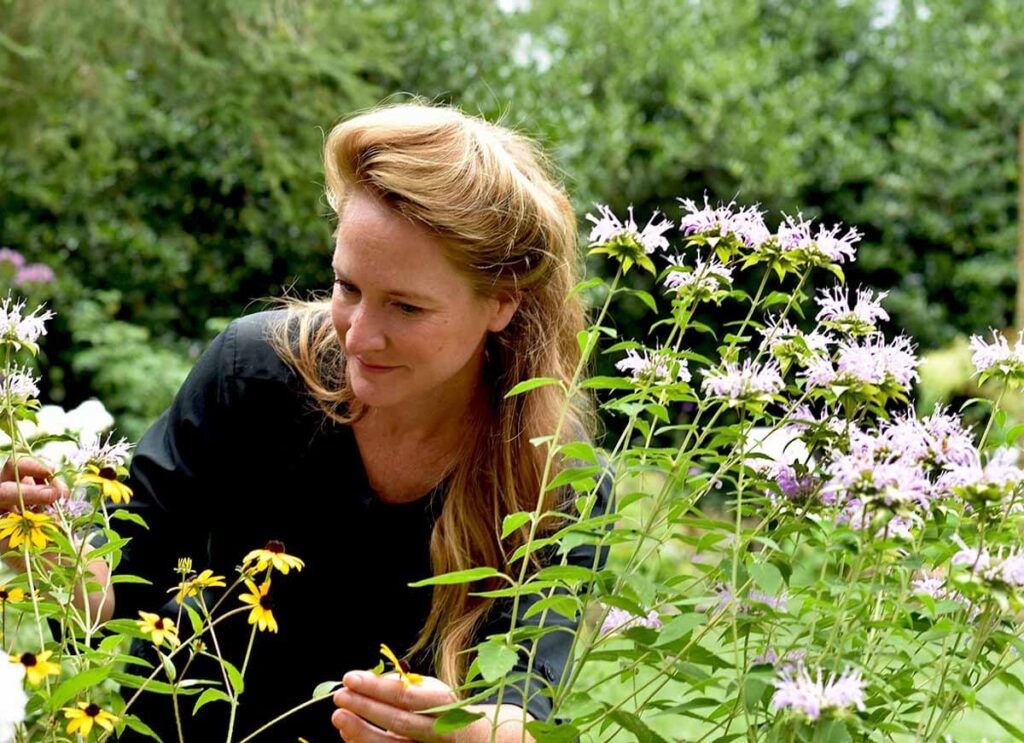 In downtown Asheville, Living Roofs, Inc. installed a 7,400 square foot project at the Garage Apartments (first photo). I spoke to Karen Ramshaw, a developer in Asheville who manages that property.

Karen explained that this project made sense. It was new construction, which is easier than old construction to warranty and incorporate the green roof into the design. She began the conversation about a green roof early in the design process. Karen had been pushing for a green roof project since the 1990s and knew she should take full advantage of Living Roofs, Inc. local expertise.

Through the Garage Apartments, Karen’s company, Public Interest Projects, Inc. has seen returns on investment–financial and otherwise. Construction was completed during the summer 2017 and will likely pay for itself in another three years (see below). Karen explained that it is also attracting more environmentally-conscious tenants. Finally, it has exceeded esthetic expectations and attracts the attention of hundreds of guests staying at the Aloft Hotel next door.

The Environmental Protection Agency (EPA) has done extensive research on the costs and benefits of green roofs as well as the return on investment. According to 2011 EPA report, “Green roofs provide a payback (based on a 50-year average annual savings) of approximately 6.2 years nationally.” That means that after six years, a company is making money on that investment.

More than that, green roofs last. Roof projects are terribly expensive, especially at the commercial level. The 2011 report points out that “…the average life expectancy of a green roof at 40 years, versus 17 for a conventional roof.” That’s almost two and a half times the lifespan.

In this blog series, we are particularly interested in commercial building energy efficiency. For these purposes, here are some relevant findings from the EPA’s report:

For many commercial new builds, green roofs make financial sense. However, Karen Ramshaw argues that in order for there to be larger scale adoption–a tipping point–cities like Asheville must offer the appropriate economic incentives. For example, Karen’s 7,400 square foot roof catches, filters, and manages the flow of storm water and yet she sees no reimbursement for this critical service rendered to the City and County. Our local governments wouldn’t have to start from scratch in designing these green roof-friendly policies. There are a growing number of examples of other municipalities that have already developed credits, rebates, and incentives.

Now what do you think of when you hear the term ‘green roof’? Cost-effective, revolutionary, achievable? They offer a 6-year return on investment and save money in the long-run by outlasting traditional roofs. They cool our cities down, help precious pollinators, promote biodiversity, and help manage storm water.

If you’re in the southeast and are thinking of pursuing a green roof project, Kate and her team are ready to collaborate. They are particularly interested in streamlining the installation process with general contractors, roofing companies, and designers. Additionally, they see great potential in collaborating with local universities and governments.

If you want to see more about what the installation process looks like, check out Living Roofs, Inc.’s Facebook page or this article by TreeHugger. ¡Viva la revolución Green Roof!